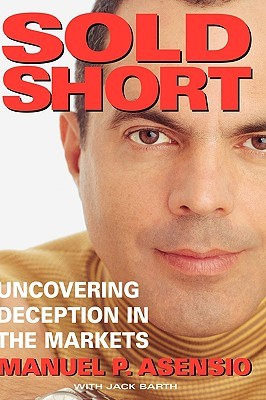 An important part of the argument for free markets is the idea that the market is self-regulating. In other words, a free market would develop its own ways of protecting consumers and enforcing fair play. This development is one of the more intriguing aspects of a free market. In the absence of a government authority or agency, private groups emerge that efficiently provide services that might normally be provided by governments.

Given the ubiquitous nature of government in today’s world, the opportunity to witness this development is somewhat rare. The flurry of government regulatory bodies would seem to crowd out any entrepreneurial efforts in this area. Who wants to compete with the Securities and Exchange Commission, for example? When the SEC gives its blessing to a process, stamping it with approval, what incentive do investors have to seek out something more? And certainly, they do not have the option of something less, since participation in SEC rules is not a voluntary choice.

Therefore, when someone comes along and succeeds in showing us how they were able to provide a service to investors that far exceeds what a government agency (in this case, the SEC) can do, it deserves our attention. One of the market’s basic forces, self-interest, spurred this entrepreneur in a direction that benefits investors enormously and, in the process, enriches his own enterprise. As Mises tirelessly explained, profit and social gain are not antagonists in life’s dramas; they indelibly form the fabric of a progressing economy.

The entrepreneur in question is Manuel Asensio and the company he founded: Asensio & Company. In his new book Sold Short: Uncovering Deception in the Markets, Asensio invites readers along for a fascinating tour of recent stock promotions and stock frauds that went on undetected by the SEC and that cost investors millions. Asensio has made it his business to uncover these deceptions and to profit thereby. In his self-interested pursuit of profit, he provides tremendous benefits for all investors, who don’t even have to pay him for his services.

How can this be? Make a profit and provide a service for free? Asensio profits from uncovering stock fraud by performing transactions that are much-reviled on Wall Street. Asensio is a professional short seller. He sells stock that he does not own and promises to buy the stock back at a later date. This is no different conceptually from what any merchant does when he sells something and delivers it later. In both cases, a profit is made when the sales price is greater than the entrepreneur’s cost to deliver the goods.

So, Asensio sells the stock of some company that he has determined to be a promotion-that is, a stock that owes its valuation primarily to the dissemination of misleading or false information. Asensio writes, “A stock promotion . . . is a stock whose price is not based on fundamentals-on the company’s actual sales and profits and an assessment of the future potential of its business-but solely on the ability of its promoters to conjure up schemes to sell its shares.” These companies form the primary field for Asensio’s short selling campaigns.

After the stock is sold, Asensio makes his case public, and, if and when the stock takes a dive, he buys it back for pennies on the dollar, pocketing the difference. Sometimes, he doesn’t have to buy the stock back at all because it becomes totally worthless and the company ceases to exist.

Earlier, it was noted that investors do not have to pay Asensio for his research, and this is largely true. Anybody can go to his Web site and see his recent reports. It only helps Asensio’s cause to have his reports widely disseminated. However, the investor that holds a stock that becomes one of Asensio’s targets does “pay” in the sense that the value of the investment is worth much less than before Asensio came along.

Ultimately, someone would have had to bear the brunt of the loss from promotional stocks, assuming that such things cannot go on forever. So even here, it is probably better for the investor to know now. As Asensio notes, “A bum stock is like a straying partner: You may not want to hear about it, but you need to know.”

Critics will undoubtedly say that such practices are subject to abuse and that there is nothing to prevent anyone from disseminating negative information about a company that is false. Certainly, this has happened and will continue to happen, whether there is a government watchdog or not. Asensio notes such past events, such as the fake news item in 1999 that damaged PairGain Technologies, and the college student who, in August 2000, circulated a phony story about Emulex that caused its stock to crater.

In a libertarian society, there would be no law against saying false things. While the morality of such acts can surely be questioned, the legal right to say them must be defended. As Rothbard wrote in The Ethics of Liberty, “For in that libertarian society, since everyone would know that false stories are legal, there would be far more skepticism on the part of the reading or listening public, who would insist on far more proof and would believe fewer derogatory stories than they do now.” The same principle would apply to the stock market.

A free market in securities would be like a free market in any other good or service. The participants would have to consider a variety of information, including the quality and source of that information. When a consumer buys a car, he typically does a lot of upfront work before a purchase is made. Different cars are test-driven; various publications are consulted; and friends, family, and other people all contribute in forming the consumer’s opinion.

Also, people don’t generally rush out and sell their cars when someone disseminates negative information. Why should it be any different in the stock market? Any new information should be checked out and investigated. The purchase and sale of any stock should come only after much thinking and research. If consumers are unwilling or unable to perform such due diligence when it comes to their own hard-earned money, then they can take their chances in entrusting its care to some other party, which should still involve quite a bit of upfront work. Alternatively, they do not have to invest in the market at all.

There is a general desire to try to make life easier. Fine, but there is no way in which government agencies can wave wands and do away with criminal activity. So why not explore ways to improve the market without a government watchdog? Markets have been heavily regulated for quite some time now, and it has not prevented the stock promotions that fill volumes of financial history, nor has it prevented investors from losing money. A free-market alternative would not completely prevent these things either, but it would provide gains in efficiency and provide the added benefit that society no longer has to bear the costs of maintaining a plethora of government regulatory bodies that it does not endorse or need, much less understand.

Asensio gives us a model of what the regulator-entrepreneur of the stock market might look like. Asensio’s firm scours the investment world in search of stock promotions. His firm performs extensive research before issuing its sell recommendations. In the process, Asensio has uncovered numerous cases of outright fraud.

Many of the frauds run deep. These promoters have savvy lawyers and close working relationships with the SEC, to keep the company out of trouble long enough for the principals to make a lot of money. In his book, Asensio asks rhetorically, “How can any state regulator watch all these deals and check every fact?” Quite obviously, especially after reading Asensio’s book, no regulator can.

And even if they could, the investor might not want to trust the SEC (or any regulator) entirely. As Asensio explains, “One of the principles that allows us to sell short and publicly disseminate opinions comes from the Supreme Court decision Ray Dirks v. the SEC in the early 1980s.

“The SEC had censured Dirks in 1973 for issuing reports to his clients about an incipient scandal at Equity Funding-a scandal that Dirks is credited with uncovering. That’s right. The SEC sided with the then-almighty NYSE, which didn’t want its members uncovering fraud.” The Supreme Court overturned the censure, but one has to wonder what the SEC was thinking.

For example, one of these regulations “force[s] short sellers to go through the pointless ritual of ‘borrowing’ stock to short.” Ironically, this has the effect of aiding stock promoters, who register shares in cash accounts or offshore accounts, making them difficult or impossible to borrow. There are several other rules, all of which have the effect of hampering short sellers.

Asensio is not unaware of his role in the market from the point of view discussed here. He has a short section in his book titled “A Free Market Solution to Persistent Stock Fraud.” He writes, “I’d like short sellers to be free to work, win or lose, independently of sometimes compromised regulators and sleazy lawyers. . . . I believe more than ever that, in the end, the free market system is capable of weeding out misinformation by itself.”

Christopher Mayer is a commercial lender for Provident Bank in the suburbs of Washington, D.C. Send him MAIL and see his Mises.org Archive. See also his piece In
Defense of Shorts.

Click here to view asensio.com’s appearances on various television programs, including CNBC and Bloomberg TV. These appearances reflect asensio.com’s tradition of taking the time to engage in open meaningful dialogues including taking an active part in the public debate about investment valuation.